Businesses need certainty to stand a chance of bouncing back from the Covid-19 crisis and to successfully navigate their way through Brexit. 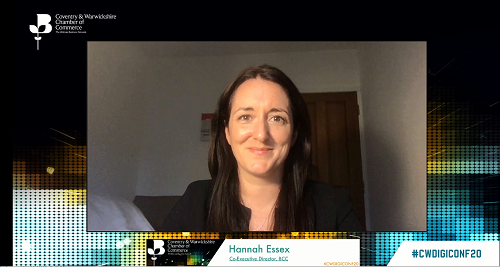 The panel was chaired by Hannah Essex, Co-executive Director of the British Chambers of Commerce, with Angela Joyce, CEO of WCG; Steve Harcourt, of Prime Accountants Group; Paula Deas, Deputy CEO of the CWLEP; and Andrew Carter, Chief Executive of the Centre for Cities.

Hannah said: “The message to Government is ‘tell us your plan’. Set out some medium and long-term objectives, and give us the confidence and stimulus we need to help get the economy back on track.

“It’s really difficult times for business, even before Covid-19 it had been a few years of rolling cliff edges because of Brexit.

“We’ve got a bit of a cushion up until the end of March with the Job Retention Scheme being extended, but it won’t be long before we really need to know what comes beyond that for businesses so they can start planning for the future and despite this scheme, many

of them are being impacted now.”

Paula Deas, Deputy CEO of the LEP, told delegates the LEP had drawn up a ‘strategic re-set framework’ to drive the region back onto its original course of being a highly attractive place to live, study, work and invest.

She said: “It’s a simple vision that’s enshrined by seven principles, all of which are characterised by our new chairman Nick Abell’s desire for what he sees as a fundamental re-set of the economy. His message is this: let’s try to capitalise on the fact that we can think about the future in a unique and different way. Every business should look at themselves as a new business.”

The Prime Minister Boris Johnson’s levelling up agenda was also discussed by the panel, as were the results of the Chamber’s latest Quarterly Economic Survey (QES), and the need for businesses to keep investing in their people.

Andrew Carter said: “The PM was elected on his desire to level up the economy, but in the last 12 months we have seen lots of announcements, lots of statements, lots of speeches but not much action.

“It is understandable that policies like the Devolution White Paper, the refreshing of the 2017 Industrial Strategy, skills investment, and the new green deal and renewables have been paused, but these are the kinds of initiatives that we need if we are going to level up the country. While they are paused it does not provide clarity and certainty of what the Government is trying to achieve, which further impedes the business community from taking the decisions they need to make on a day-to-day basis.”

On the QES results, Steve Harcourt, whose company – Prime Accountants Group – sponsors the QES, said: “There is still a fairly pessimistic outlook, but I have seen local businesses diversifying, being agile, and rethinking their business models, and looking for new income streams and where they can improve cashflow within the business.”

Angela Joyce ended the discussion by urging delegates to continue investing in people where possible to help drive the recovery forward.

She said: “Understandably, we are seeing businesses not investing in the same way in their workforce, but my message to them is please don’t forget your people and the value of them.

“Without good people we all know that our businesses won’t be as successful as they can be and we want them to be.”

The event, which was broadcast by Istead AV from its Spotlight Streaming Studio, was closed by Chamber President David Penn. 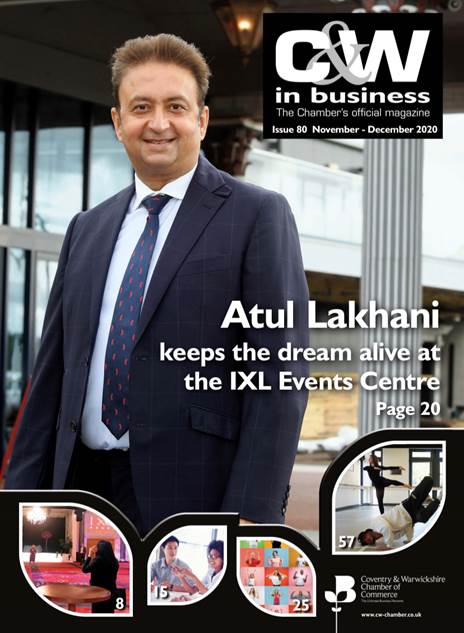 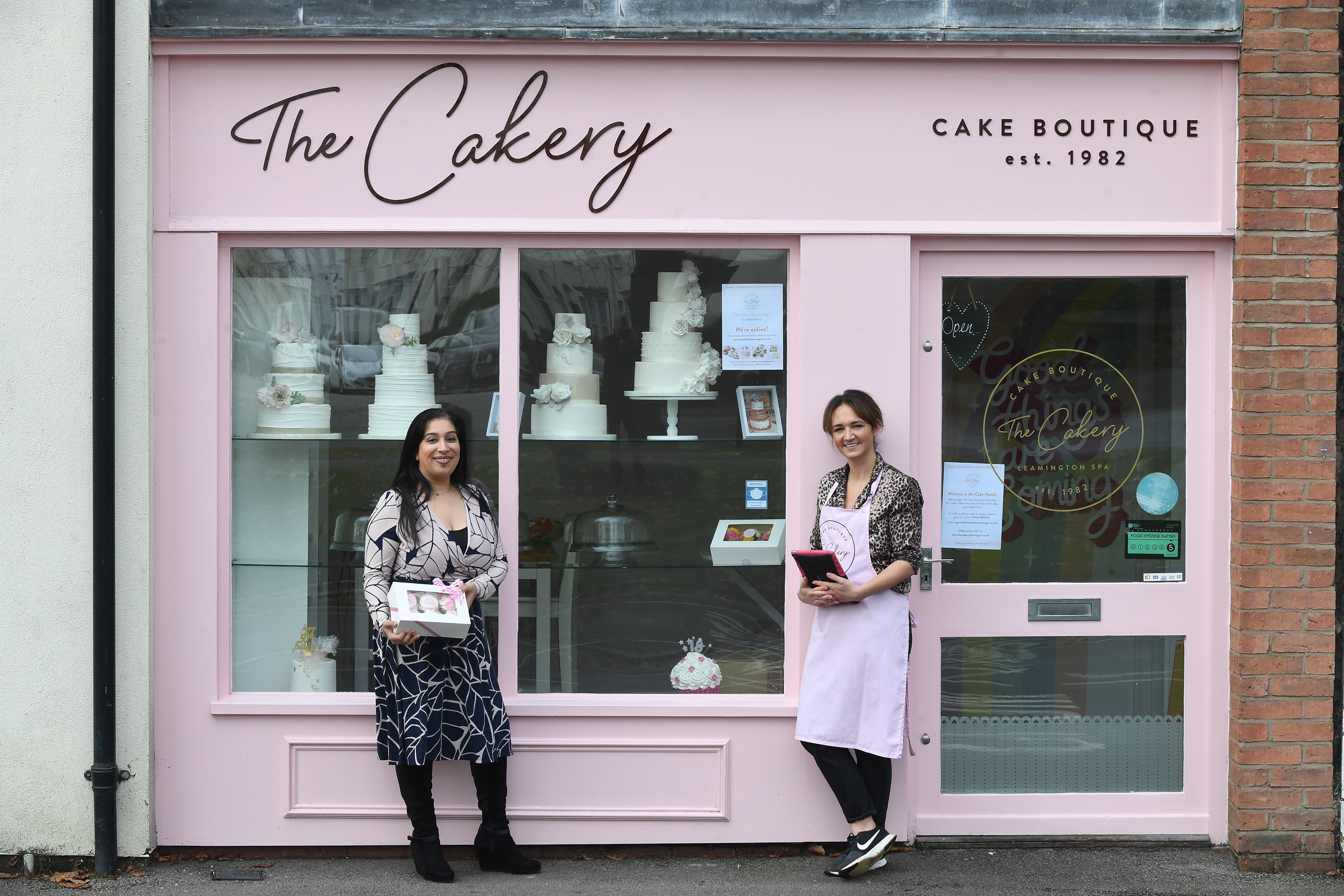 Sales rise at Leamington cake shop thanks to online orders 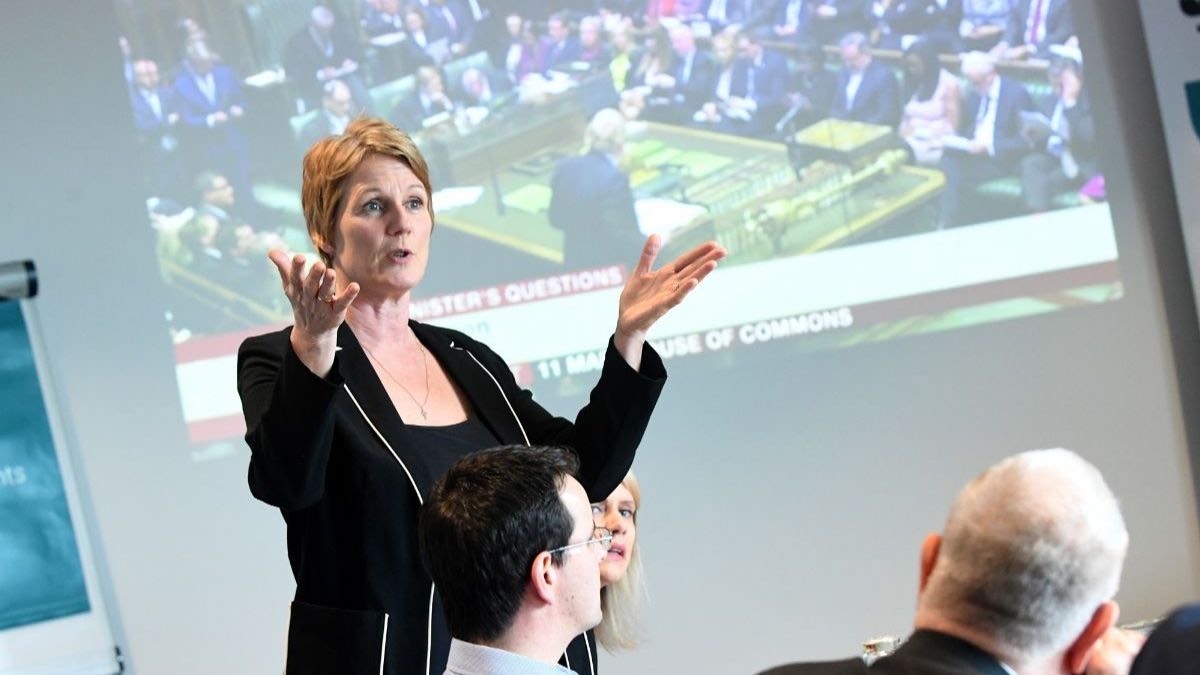